Tandy Law, LLC specializes in providing the highest standard of legal representation. With the experience of 30 years as a judge, handling more than 150 jury trials, and litigating in accident injury and criminal defense, you won’t find a better Shelbyville, Indiana law firm. 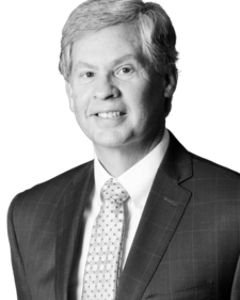 He is married to Kim Brooks Tandy, who is an attorney and the Executive Director of the Children’s Law Center in Covington, KY. Kim is a nationally recognized expert in juvenile delinquency matters. Jack and Kim have five children and seven grandchildren. Jack is actively involved in community affairs. He has been actively involved in Habitat for Humanity of Shelby County for 20 years and has served several terms as Board President. Tandy is a member of the Shelby County Bar and Indiana State Bar. He served as a Board Member of Shelby County Community Corrections since their inception in 1986 through his retirement in 2014. 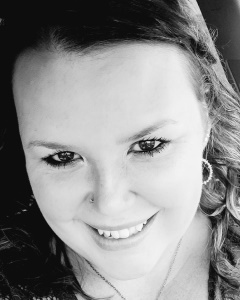 Catherine Briney, although she prefers to go by Cathy, was born in Crawfordsville, IN on September 19, 1990. She grew up in a small-town atmosphere where she graduated from Lebanon High School. Cathy received her Bachelors of Science Degree in Criminal Justice in 2013, graduating with Academic Honors. From her experience at college, she was selected to become a part of the first CSI unit of Cumberland Police Department, where she spent 3 years. Cathy then decided to move into the social work field, due to her desire to help people. She spent over 3 years as a case manager for Indiana Department of Child Services. Her experience in social work also extended to the mental health unit at Pendleton Correctional Facility and Sandra Eskenazi Mental Health Center.

Cathy is engaged to Jacob Crafton and their wedding is set to take place in December of 2021. They are also the proud parents of 2 amazing boys.

Attorney Jack Tandy was a judge for over 30 years. In that time he has tried several types of cases. It is because of this experience Mr. Tandy can represent clients who may have very complex cases.

Car and commercial trucking accidents happen every day in Indiana. More than 1,000 people were killed in auto-related collisions in 2016. And the rates of injuries and deaths are rising each year.

Jack has thirty years of experience as a trial judge in criminal law. He has handled thousands of criminal cases ranging from traffic charges to murder trials. He has conducted over 150 jury trials,

Divorce is often the hardest thing a person can go through. The labyrinth of dividing property and deciding on parenting time is a scary prospect to face. If you’re facing the obstacles of a divorce,

Civil Rights Law is a complex area of practice. Hiring the wrong legal representation can mean the loss of your legal battle.You deserve fair compensation for emotional, physical,

Tandy Law, LLC can help you reach a fair and efficient resolution of your case without going to court. You as the client can control the result of your case rather than putting your fate in the hands

Mr. Tandy has a wide array of experience that can serve several types of legal cases. If you need legal help but you aren’t quite sure what kind, Call us today with your situation.

At Tandy Law, LLC, we are committed to providing our clients with the highest standard of legal representation. We will fight to ensure that you receive the compensation that you deserve. We will bring this commitment to your case, to the negotiation table, and to the courtroom. Every case is treated with the same dedication and concern.

Tandy Law gives you the care you want with the experience you need.

Being the BEST for 30 years gives me the trust and confidence that this firm can handle any issue that could come my way, This firm will protect your interests!

Very knowledgeable and caring. Would recommend him to anyone needing a good attorney. He puts in the work that every attorney should.

RETIREMENT ANNOUNCEMENT: Jack Tandy announces his retirement from the practice of law effective November 1, 2022. He is no longer accepting new clients and is in the process of winding up his current clients’ matters. If you have a need for an attorney, Jack suggests you contact Mr. Isaac Trolinder at 317-620-1774 or Ms. Martha Showers at 317-643-6136. Both attorneys are in the same office building as Mr. Tandy and he will available to assist them as necessary. Mr. Tandy will continue to conduct mediations after November 1st if the parties are willing to make one of their offices available for the mediation. Mediations can continue to be scheduled by contacting Jack at jack@jacktandylaw.com.