Does My Criminal Defense Lawyer Need to Know if I’m Guilty? 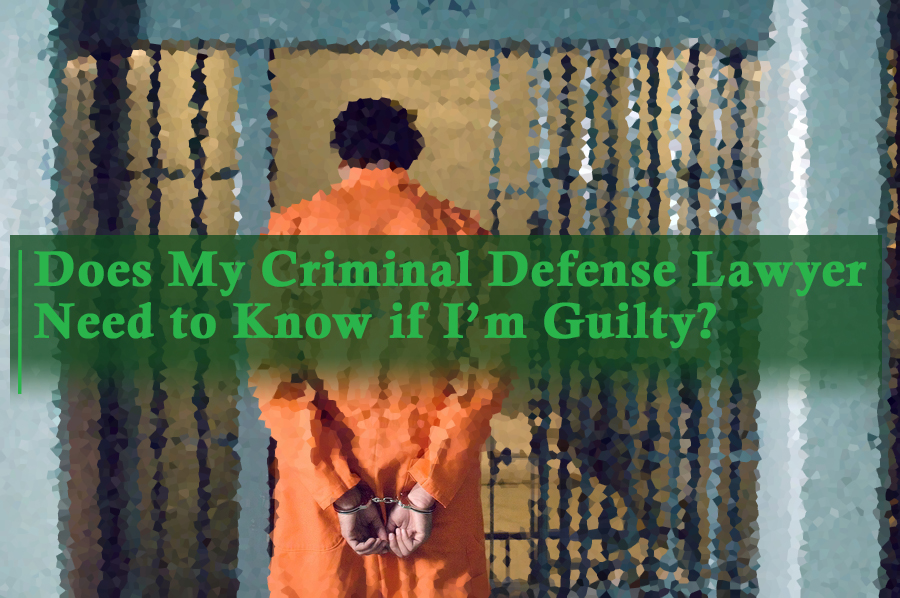 If You’re Presumed Innocent in Indiana, You Should Maintain Your Innocence

How Does a Plea Deal Work?

How Does a Judge Evaluate A Plea Bargain?

Knowing and Understanding the Terms of a Plea Bargain

What if the Defendant Wasn’t Told Everything, or Didn’t Understand Everything?

Hire a Criminal Defense Attorney that Will Fight for You

When you find yourself on the wrong side of the criminal legal system, you have a right to legal representation. A criminal defense attorney’s job is to argue against the prosecution’s claim that you’ve committed a crime.

Note that the burden of proof is on the side of the state, represented by the prosecution. You are presumed innocent until found guilty. That means that your defense lawyer’s job is to defend the state’s claim that you’ve committed a crime.

If You’re Presumed Innocent in Indiana, You Should Maintain Your Innocence

In short, it’s better to keep your guilt to yourself. Your lawyer doesn’t need to know if you’re guilty.

In fact, if you tell your attorney that you committed the crime in question, they’re not legally aloud to question you during the trial. This is because, by defending your innocence while knowing you’re guilty, your attorney is essentially allowing you to perjure yourself. That is to say, they’re knowingly advising you to lie in court, which is also a crime.

Under these circumstances, it’s better to maintain that you’re not guilty of a crime. There is an exception to this rule, and that’s known as a plea deal. 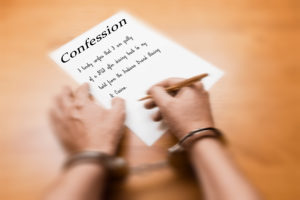 How Does a Plea Deal Work?

A plea bargain is an agreement between a criminal defendant and the Court. The reason for these deals is to reduce the terms of incarceration, or other penalties, in favor of saving the court time.

When a criminal defendant enters a no contest guilty plea, also known as a plea of nolo contendere, they wave their trial rights. This also means that they’re accepting an agreed upon sentencing negotiated between the prosecution and the defense.

Once the defendant agrees, the judge will review the terms of the plea bargain. Then, the judge has the right to adjust terms to reach an agreement that they believe is fair.

How Does a Judge Evaluate A Plea Bargain?

A plea bargain starts when the prosecution and the defendant’s attorneys meet to negotiate terms. They will discuss the criminal charges, possible sentencing lengths, fines, parole, and any other consequences.

The objective of the prosecution is to get a guilty plea without having to move forward with a trial. This ensures a conviction, rather than the risk and cost of a trial by jury.

Alternatively, the defending attorney is seeking to get a reduced sentence for their client. Obviously, the less time or cost, the better.

Once the prosecution and defense have agreed on the charges and sentencing, the deal is sent to the judge. The judge will review all of the details and make a decision from there.

The judge will be looking for a number of specific details. They will review the deal and consider things like:

In addition, the judge has the discretion to agree to the deal, or make changes. They may decide that the sentencing is too light, or that the charges being admitted to aren’t accurate.

Once they’ve identified these issues, the judge has the right to modify the deal for review. The modified deal is then sent back to the attorneys and the defendant must agree to the terms. If they don’t agree, there may be more negotiations.

In the event that the deal is rejected by any of the parties involved, the case will go to trial.

Knowing and Understanding the Terms of a Plea Bargain

Next, the judge will require the convicted person to agree to the guilty plea in open court. This allows the terms to be placed on the record, and gives the defendant the opportunity to hear, understand, and publicly share their agreement with the Court.

The defendant who accepts a plea bargain must do so as a “knowing and intelligent” waiver. This means that they fully understand:

Trial rights consist of four points. They are:

These rights are fundamental to the precedents set out by the American Constitution. Waving these rights is considered a very serious matter, and must be done with full knowledge and intelligent understanding.

Full knowledge means that the convicted person is stating that they have been given all of the information regarding their agreement. This, of course, prevents them from unwittingly agreeing to terms they didn’t know about, or weren’t told about by their attorney.

What if the Defendant Wasn’t Told Everything, or Didn’t Understand Everything?

One example of a convicted criminal who was determined to not “knowingly and intelligently” understand his rights is Garner v. Mitchell, 502 F.3d 394 (6th Cir. 2007). In this case, 19-year-old William Garner robbed an apartment and set it on fire to destroy the evidence. Six sleeping children were in the apartment at the time, and five of them perished in the blaze.

Police found belongings from the apartment in Garner’s home and he was arrested. As is standard, the police read Garner his Miranda rights.

Later the same day, Garner agreed to waive his Miranda rights. He was then interrogated and confessed to the crimes. He admitted to the burglary, as well as lighting the deadly fire. His confession was then used in court and he ultimately received the death penalty, as well as a lengthy prison sentence.

While in prison, Garner began to file appeals for his case. Almost all of them failed, accept for one. He claimed that he did not “knowingly and intelligently” waive his Miranda rights.

As it turned out, Garner was found to have a number of mental disabilities. He was abused as a child, physically and sexually. He also had a low IQ, a learning disability, and brain impairment.

The appeal was denied by the local courts, but the State Supreme Court upheld the appeal. Their reasoning was that Garner didn’t have the mental capacity to understand what it meant to waive his Miranda rights.

The U.S. Court of Appeals for the Sixth Circuit court granted Garner a conditional writ of habeas corpus. In addition, they stated that he would be released unless a new trial was scheduled within 180 days.

The important point, here, is that William Garner was too mentally disabled to understand what giving up his Miranda rights meant. In the same way, if a judge passes a sentence and the convicted individual didn’t understand what they were agreeing to, their case can be overturned.

It’s important to note that special circumstances apply, and this is a very rare situation.

Hire a Criminal Defense Attorney that Will Fight for You

If you were arrested or accused of a crime, you have the right to legal representation. When this happens, you’re going to want the best defense you can get.

Jack Tandy has decades of experience as a judge, and as a defense lawyer. He knows how the Court thinks, and he can help prepare an effective defense for you.